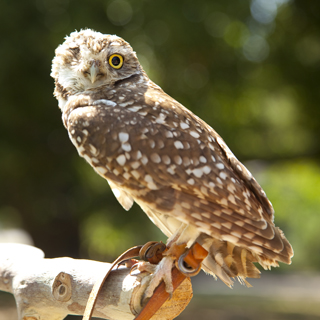 The OC Zoo traces its roots back to 1905 when Red Foxes were introduced in the Irvine Park Region and bred by J.A. Turner. A small collection of animals started in 1920 by Tustin rancher Sam Nau featured a pair of pet mule deer. Nau eventually built a corral for the park that held an additional male mule deer. An alligator exhibit was the chief attraction until a bird exhibit adjoining the deer pens was added in 1935. The bird exhibit structure exhibited cockatoos, quail, doves and parakeets.

The current modern zoo officially opened in 1985 as the Irvine Park Zoo and has since changed its name to the OC Zoo. The zoo is owned, staffed and operated by the County of Orange.